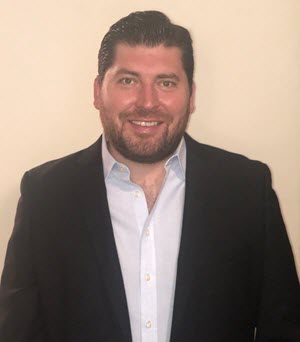 Brady Beeson joined his father, Bob Beeson, at IQ Advertising Consultants in August of 2015, taking over as Vice President after retiring from professional football. Being a former place kicker, he understands the importance of performing under pressure, consistency for clients, attention to detail, and simply getting the job done for those around him. Brady mainly handles the duties behind the scenes, making sure that campaigns run smoothly, the leads keep flowing, and IQ’s customers keep succeeding. His creativity and determination are a tremendous asset to IQ. Being Bob’s “right hand man,” Brady brings a youthful perspective and knowledge to the process, helping make this father/son duo the formula you’ve been looking for in your advertising endeavors.

Prior to joining IQ, Brady attended both St. John’s University, as well as the University of St. Thomas, receiving a B.A. in Communications in 2009. Having never played high school football, he was a walk-on at St. John's University, where he was a back-up kicker for 3 seasons under coach John Gagliardi, the winningest college football coach of all time. In 2009, Brady transferred to the University of St. Thomas and played his final season for Glenn Caruso and the Tommies. While playing at UST, Brady set three school records – PAT's in a game (9-9), PAT's in a season (58), and points in a season as a kicker (79). It was his only season as a starter. After college, Brady worked out in front of several NFL teams, and joined the Tri-Cities Fever in the 2012 season, shortly before the playoffs. In his debut game, he went 4-5 in field goals (52,45,22 and 24 yards), including the game winner. He went on to be the IFL Special Teams Player of the week. He is the all-time leading scorer among Fever kickers (59 field goals, 165 PAT's and 342 total points), as well as the 2015 Adam Pringle Award recipient for his involvement in the community, and money raised for ovarian cancer research. To stay involved with the game, Brady also dedicates his time outside of IQAC as the Special Teams Coordinator for the Apple Valley High School varsity football team in Minnesota.